There are 20 improvements in our MusicXML 3.1 support from the previous Finale 25.4 and Dolet 7.0 for Finale releases. You can see all of them in the Dolet for Finale version history, plus 6 more improvements that are unrelated to the new features in MusicXML 3.1. The most important changes include:

Finale 25.5 also has several improvements for translating folders of Finale or MusicXML files. First are improvements in the performance and reliability of these translations, especially for folders with large numbers of files.

Next are the new “Include subfolders” options for export and import. These let you export or import files from not just a single folder, but all the subfolders within that folder. So if you have files in the My Scores, My Scores/Bach, and My Scores/Bach/CPE folders, you can translate a single My Scores folder and get all the files converted at once. 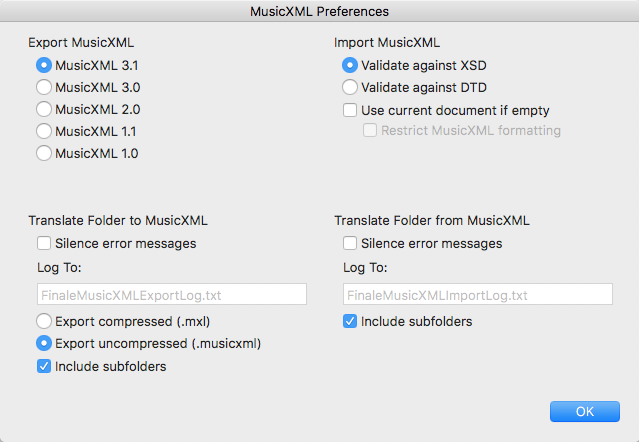 We have also added work in progress dialogs that appear when translating a folder of Finale or MusicXML files. This dialog displays which file is currently being exported or import, and lets you cancel out of the folder translation once the current file is finished. 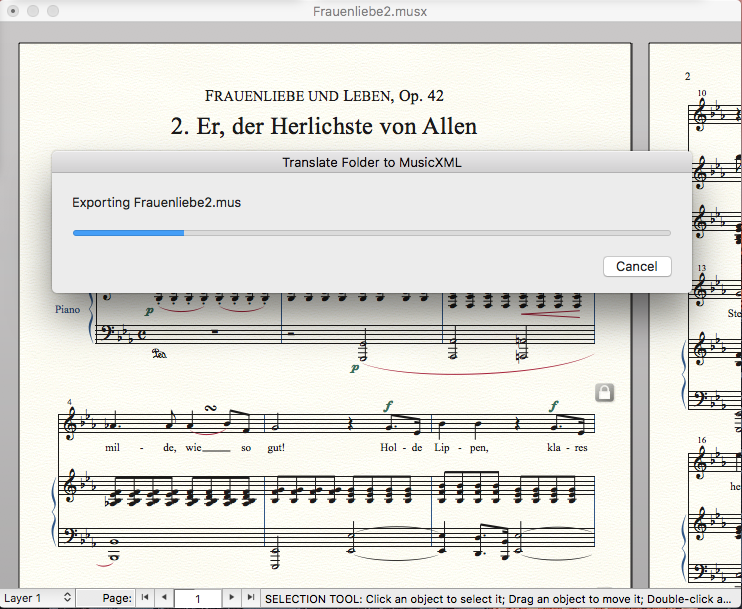 We hope that you find the improved MusicXML 3.1 and folder translation support will make moving your music files between applications even faster and more accurate than before. If you have issues using the MusicXML in Finale v25.5 or in using the Dolet plug-in, please let us know in theFinale portion of our Help Center. If you are a music notation software developer and find a problem with MusicXML 3.1 in your development work, please post an issue at the MusicXML GitHub repository.