The annual NAMM show in Anaheim is always a great way to start the year, and 2017 was no exception. One highlight for me was an informal Friday evening dinner with members of the W3C Music Notation Community Group. We shared food, drink, and stories about everyone’s adventures in music notation, software, and fonts. Tom Nauman from Musicnotes was kind enough to take a group selfie from the dinner and give permission to redistribute it: 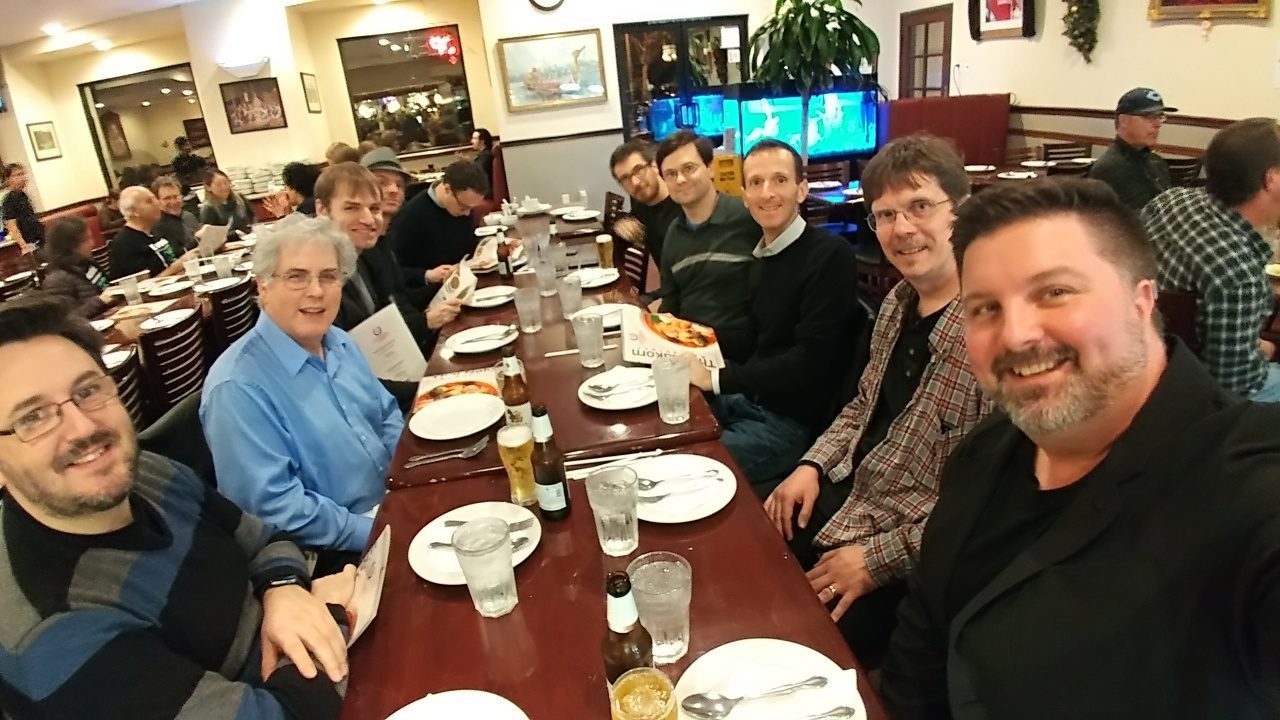 Missing from the picture is Jeff Kellem from Slanted Hall who arrived shortly afterwards. Jeff, Bruce, and Daniel are all music font designers, so there were some lively typography discussions going on at that side of the table.

This was the first time I ever met Philip Rothman in person. Besides all of Philip’s musical activities, he hosts SibeliusBlog.com which has expanded beyond its name to cover all aspects of music notation software. Philip interviewed me during the show. Here he is visiting the Alfred / MakeMusic booth together with Ryan Sargent, MakeMusic’s social media manager: 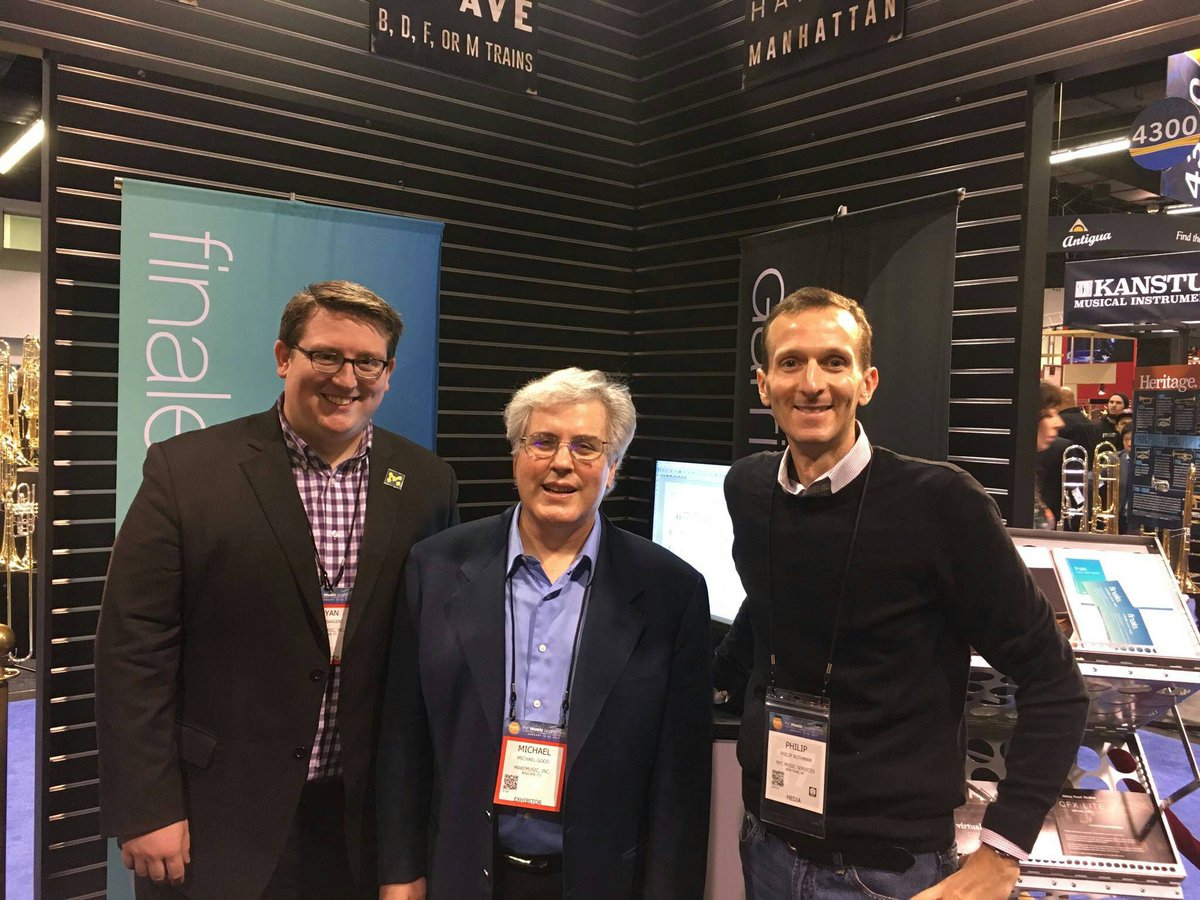 Two new MusicXML product announcements also happened during NAMM. Semitone demonstrated their Komp application in the NAMM.Software exhibition on the 2nd floor. Komp is a music sketching handwriting recognition app for iOS, due out in the first quarter of 2017. Like their exhibit neighbors Newzik, they use MusicXML as their underlying notation file format. Komp is optimized for the Apple Pencil and has some training and other innovative user interface features that I had not seen in similar applications before.

The other announcement was Apple’s release of Logic Pro 10.3, which now includes MusicXML import. Logic Pro X had added MusicXML export earlier, but having both import and export covers a wider variety of exchange use cases for Logic customers.

As mentioned on the W3C Music Notation Community Group blog, we are looking to complete MusicXML 3.1 and SMuFL 1.2 by the end of March 2017. After that we plan to start looking at longer range music notation format issues with the MNX project, which we plan to discuss at more detail in April at Musikmesse in Frankfurt. If you are interested in participating, please join the W3C Music Notation Community Group, and follow the MusicXML repository on GitHub to be notified of issues and updates as they occur. With your help, we look increasing the power of music notation standards even more in 2017.